Yep, that would sum it up in a nutshell!

2 more months until the twins are in Kindergarten – a full day of school! – and though we’re nearly there, we’ve still got summer vacation to get through.

I’ve got to guard against “summer brain-drain”, lest they forget every bit of educational goodness that was hand-fed by patient pre-k teachers into their little noggins.

I won’t get my morning ‘mama nap’ for the next few months.

And somehow I’ve got to entertain my little wild bunch – visions of me in a tophat and tails, tap-dancing around, fill my head.

And of course, it looks as though we’re off to a roaring good start – I’m sick.

Head-pounding, sore-throat, waterfalls of mucus cascading down my sinus passages, body hit-by-a-train pains all over – yeah, we’re good to go all right!

And adding to that misery, is the disappointment, that so far as the twins’ B-day party goes – only 2 people has RSVP’d to say they’re coming.  We’ve had four others say they’re traveling out of state this summer, and all of the rest – nary a peep!  I’ve even tried leaving messages on their phones, but they’ve all gone to ground it seems.

A)  I had no idea that summer vacation WASN’T the best time to have a B-day party, because…..that’s when many families have THEIR big vacation travel plans…d’oh!!

B)  I accidentally wore this: 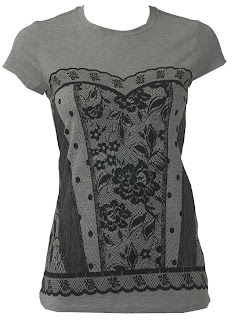 to Halle’s friend’s B-day party about a month ago.  I was on the way back from the World Steampunk Faire, and it totally slipped my mind that I had this on, as we merrily made our way into the midst of the party.

I’ve probably been deemed as someone that Polite Society should shun.  Including my girls’ B-day party.

Or maybe it is just a REALLY BAD TIME TO HOLD A CHILD’S B-DAY PARTY.

WHY was I not told about this? Really, this is the kind of stuff that would be useful to know. Maybe Pre-K should issue a memo: Attn parents – if you’re planning to hold a b-day party for your child, DO NOT schedule it during any kind of school holiday break or summer vacation.

Apparently everyone else except me.

1 thought on “Summer Vay-cay looms large on the horizon…”